According to C this cute little logo looks like pancakes and butter but it’s really a biscuit and the mascot to the minor league baseball team in Montgomery.  Last Saturday we went to a Biscuits game and it was a lot of fun, until the rain but even then it was a good time.

We watched the sky hoping the storm would pass over us. 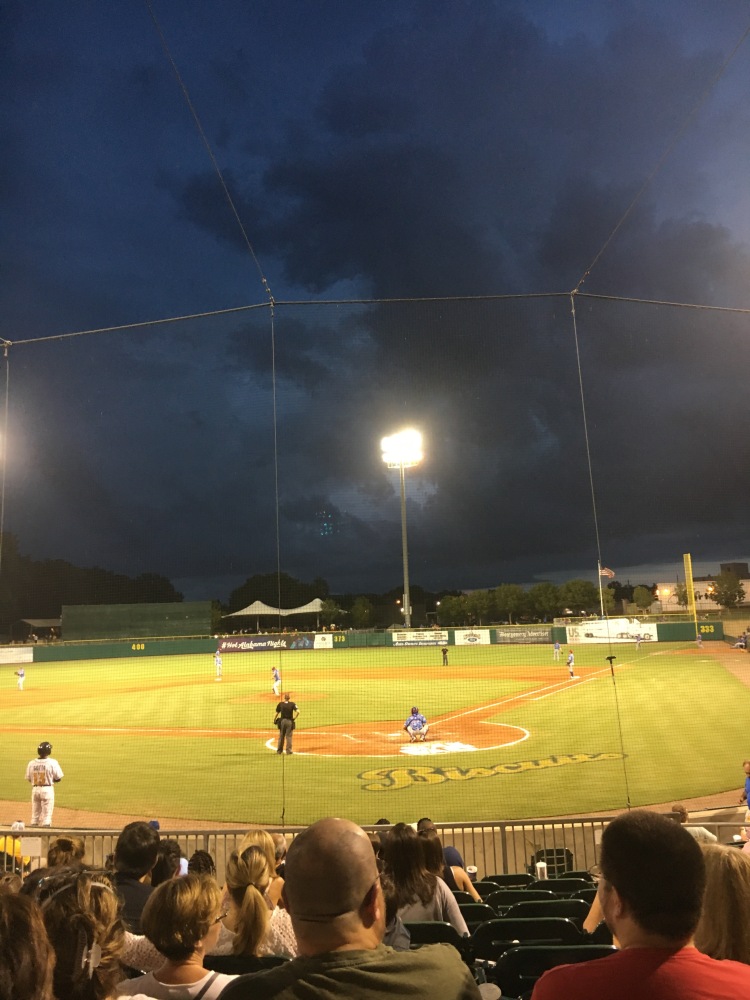 While waiting for the rain to pass, which it never did, we ran into dancing storm troopers and imperial fighter pilot doing the YMCA.

I love the little hat C was wearing, a few minutes before the rain came that hat was the bowl for his ice cream.

Despite the rain and having to leave early therefore missing the massive fire works show that lured us in in the first place, we had a great time. While its fun to go to a major league game of a well known team (Cardinals, Braves) the minor league games and college games are always more relaxed and provide simple fun.

Bonus, the base is so close to the stadium we went to bed to the sound of those massive fireworks! 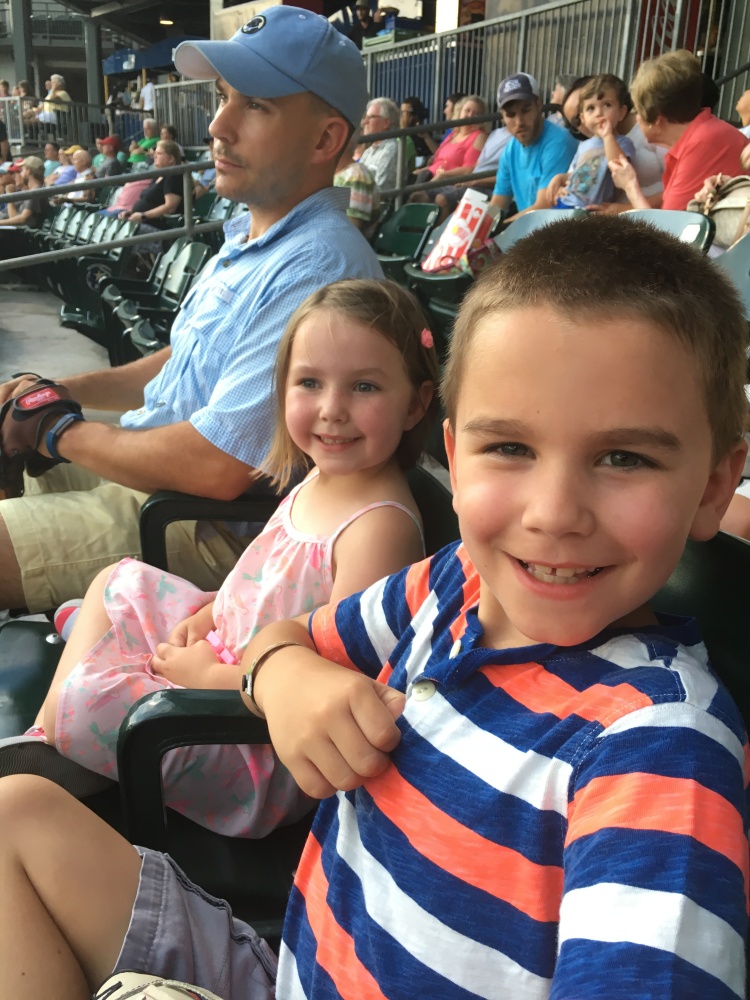